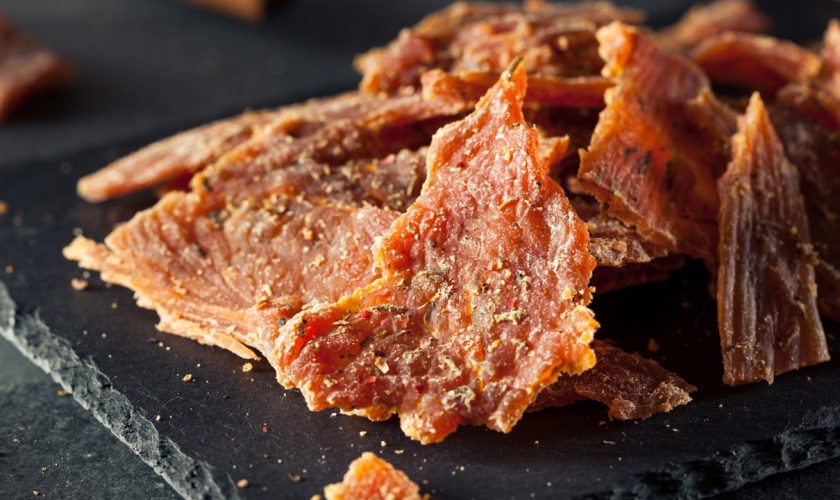 The best snack you can have been jerky without a doubt. Dry meat is not only incredibly tasty, but also a great on-the-go snack while camping, on a road trip, or at home. Despite being readily available in supermarkets and gas stations, you can also make jerky at home very easily. The secret to making tasty jerky is drying it properly. Here are some tips. Follow this guide to learn how to make jerky from start to finish.

The term jerky refers to seasoned, dried, and salted meats. It is possible to store jerky on the shelf without refrigeration for several weeks because it has a low moisture content. The most common type of jerky is beef, but all kinds of meat, from turkey to pork to ground beef, can be made into jerky.

Jerky has actually been around for a very long time, even though many people think of it as a modern snack. “Jerky” comes from the Quechuan word “ch’arki” (the Quechua are indigenous South American people who live in the Andean highlands from Ecuador to Bolivia).

During long journeys, the indigenous people of South America brought jerky with them. Jerky is now a favorite snack among campers, hikers, and snackers looking for a salty, protein-packed snack. Since 1986, NASA astronauts have eaten beef jerky while in outer space, as soldiers often snacked on beef jerky during World War II.

You must prepare jerky first before you can consider drying it. Get your jerky ready by following these steps:

How Can You Avoid Certain Drying Methods?

The microwave will produce uneven heating, which will result in unevenly dried jerky. The problem with smokers is that they can be difficult to keep at a consistent temperature.

Despite being an ancient technique, sun-drying can only be done in sunny, hot, arid, and breezy areas. This method is generally not worth the risk because of the potential for food poisoning. 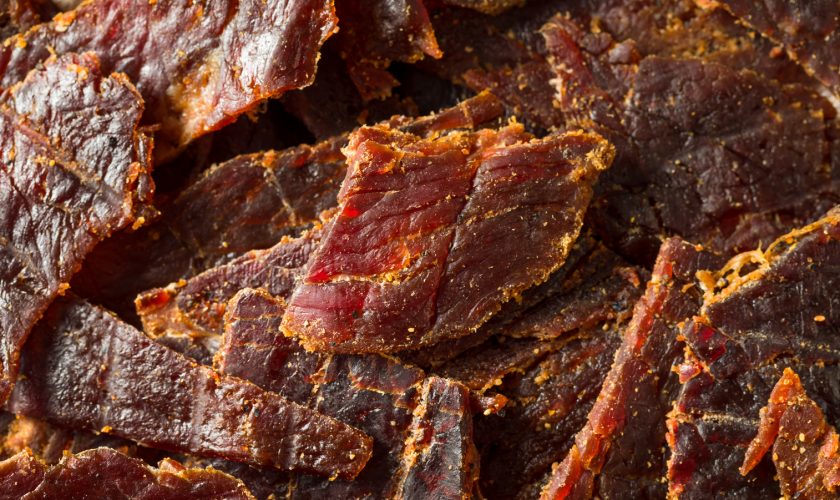 Choosing the right cut of meat for your beef jerky can be challenging, but we’ll give you some guidelines to help you narrow it down.

To choose jerky meat, one of the most important criteria is the fat content, and it should be the first thing you take into account. The fat cannot be fully dehydrated when making jerky, meaning that leaner cuts tend to be better. Jerky with too much fat will spoil more quickly. It is advisable to choose a cut with slightly fatter if you will eat all your jerky within a short period of time.

Intermuscular Fat-Intermuscular fat is the fat that surrounds the protein, and it should be removed before making jerky. Jerky is easier to make when meat has the least intermuscular fat.  Marbling between muscle fibers is the intramuscular fat. Jerky is more tender and juicier when there is more marbling; this contributes to the flavor and tenderness.

You’re better off buying the most economical cuts of beef than the most expensive ones. Jerky can also be made with relatively tough meat cuts. Filet mignon and ribeye are usually better suited to other uses than cooking.

Is It Possible To Make Jerky From Ground Beef?

Definitely! It’s easier than using whole muscle beef, but the result is typically not as tasty. There are significant differences in the texture of ground beef jerky and traditional jerky. To make this process easier, consider buying a “jerky gun” and choosing the leanest meat you can get.

The fresher the meat, the better. Do not purchase meat with dark spots, tendons, ligaments, cartilage, or dark spots. Before buying beef, thoroughly inspect it.

You’ll lose a significant amount of weight during the dehydration process. Three pounds of meat per pound of jerky is a good rule of thumb.

You can find an amazing butcher who can supply you with the supplies you need to make your own jerky. When you make jerky at home, it is crucial to ensure that the jerky cooks evenly, which is why they can slice the beef for you.

Knowing what cuts, you prefer allows you to keep an eye out for weekly sales and specials and purchase large quantities for a great price.

Beef Jerky: The Ultimate Guide To The Best Meats

You can make jerky yourself, but it is challenging. Selection of the right cuts of beef is one of the most important parts of the process. It is easy to make your own beef jerky because you can control every aspect and you can experiment with different cuts on a small scale. 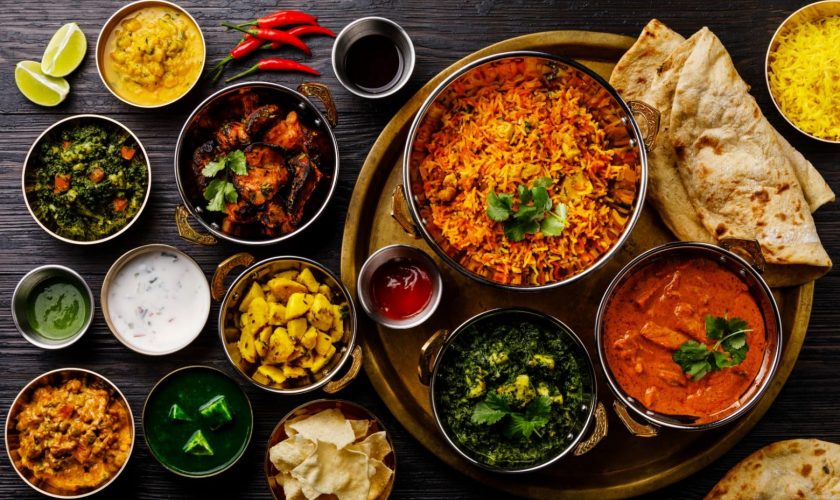 When it comes to Indian food, not only the traditional recipes hold a sentimental value. There are also cult brands that remain well loved by many Indians, especially those who no longer live in their home country.

They still remember the snacks they enjoyed during their summer vacation in Gujarat or those treats they had at the Punjab home of their cousin. They have favorite brand names that they learned from the narrated stories of their grandparents or from the desi jingles that they can still hear in their ears.

Needles to say, memories of Indian food last for a lifetime.

But whether you are an Indian who misses your country, or you come from another ethnicity but are curious to try Indian food, here are some of the favorite Indian drinks and snacks you can buy from Indian grocery stores in Los Angeles:

Did you know that Amul was launched in India a year before it earned its independence? Since then, it remained as the country’s leading dairy brand. The butter that is rightly salty, golden, and smooth remains as the favorite go-to product for breakfast lovers and bakers alike.

This brand has become so iconic that it rarely advertises on mainstream media. Well, there is really no need for them to do so since the company ranks sixth in the butter market of the world.

It is very uncommon to meet an Indian who doesn’t love mangoes. This is why it is not a surprise that this particular mango-flavored drink is extremely popular not only in India but even overseas. Frooti was the country’s first-ever drink that was made available in PET bottles.

Launched back in 1985, it marked the first time that Indians got their hands on bottled fruit juice within the country. To this day, desi parents continue recycling Frooti bottles and use them for storing everything from lemonade to other.

A type of fried flour snack, bhujia looks like broken noodle shards. Its width is similar to that of vermicelli, and you can sprinkle this on other Indian foods such as chaat or savory canapes and even turmeric-hinted and potato sandwiches.

Its value increased further when bhujias come from the Haldiram’s, the 80-year-old company that produces an extensive selection of other amazing snacks such as pickles, papadams, and potato chips.

Parle G is among the top selling brands of biscuits not just in India but even across the world. Considered to be at part with the Oreo brand, this non-cream biscuit enjoys a cult status among desis around the globe and it even tastes so much better when paired with a glass of milky chai. If Australians have Tim Tams, Indians have Parle Gs, a delightful treat that they eat and continue to eat whatever their age might be.

Don’t forget to add these snacks and drinks to your cart the next time you go shopping at an Indian grocery store! 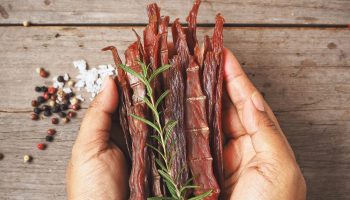